Murray gets comeback win over Hale

Fear the Fighter’s Devin Murray returned to the cage after nearly a four year absence and dominated in a submission win over Dave Hale. MMAxposed caught up with Murray after the fight and got his thoughts on his return.

Canadians are famously polite, not sure if Team Australia would agree though. After watching the season premier of TUF Nations Canada vs Australia it’s safe to say that things are getting heated quickly in the great white north as tension brews between the Aussie’s and Canucks. Are the Aussies on hostile territory? Or will they be bringing the hostility from down under?

Sportsnet opened its doors last night to TUF cast members friends, family and media for the TUF Nations premier presentedby XBOX ONE. It was a very intimate affair with the presence of Team Canada cast members Chad Laprise (7-0) and Elias Theodorou (8-0) who I may add are both UNDEFEATED As well as UFC lightweight Sam Stout, TUF China cast member Albert Cheng and local Ontario MMA talents Alex Ricci and Adam Assenza.

It was a change of scenery watching The Ultimate Fighter surrounded by people so heavily involved in the sport in a studio environment with live taping during and after for UFC Central. The energy from guests reactions while watching our Canadians in action speaks for itself that this is going to be a season on The Ultimate Fighter that will keep fight fans entertained with patriotic fight action, hostility, witty humor and good old Canadian charm.

O’Reilly starts the first round in a dominant fashion and taking Johnson to the ground in the first 25 seconds and a second takedown in under a minute things quickly turn around for Johnson as he get hold of O’Reillys ankle but O’Reilly managed to get out of the dangerous situation. About halfway through the first round there is an exchanging of punches then Johnson pulls O’Reilly in towards the cage towards the ground takes his back and finishes with a rear naked choke. Taking the first victory for Team Canada and sending Johnson to the next round.

Dana White said  “If guys thought fighting in the toughest tournament on television was hard, imagine how they feel doing it with a whole country on their shoulders,” Could this country vs country style tournament help build a new breed and bigger fan  base for the sport of MMA? Could this help push MMA to becoming more mainstream and an Olympic sport in the years to come?

Australian female fighter ‘Rowdy’ Bec Rawlings ‏@RowdyBec Aka Bec Hyatt until recently returning to her maiden name, posted this to twitter during the show “Watching TUF Nations & I literally know TWO guys on the Aussie team.. what the frig who are these guys?”

Even Johnson questioned in the first episode whether any of these guys had over 10 fights, which didn’t seem to go over well with the Aussies. Team Canada has a total of 84 fights between all 8 cast members and Team Australia has a total of 54 between them ( keep in mind Johnson has 30 of those just on his record) I’m not saying the match ups are a huge difference but looking at the numbers I have to say this season is looking mighty good for Canadian domination.

PREDICTION TIME: So who do we think is going to win this season of The Ultimate Fighter TUF Nations Canada vs Australia? Without sounding bias being a Canadian writer. I think Canada will be winning in both weight classes with my top four picks on team Canada being Kajan Johnson and Chad Laprise in the welterweight division and Elias Theodorou and Nordine Taleb in the middleweight division but there can only be two I think we will be seeing Laprise and Theodorou representing Canada come time for the finale and Kajan Johnson possibly being signed with the UFC regardless.

UFC welterweight champion and future Hall of Famer Georges St Pierre has made the decision to vacate the title he has help since 2008. GSP announced the decision on a conference call with the media on Friday afternoon.

St. Pierre made the decision to step away from the sport due to what he described as a lot of pressure and a lot of “criticism” in his professional life and unspecified issues in his personal life that require his attention.

St. Pierre carefully avoided the word retirement, instead preferring to keep the talk about an extended break. But he felt that he needed to vacate his title “for the respect of the other competitors” and added “I can not put myself through a training camp right now and I don’t want anyone to wait”. END_OF_DOCUMENT_TOKEN_TO_BE_REPLACED 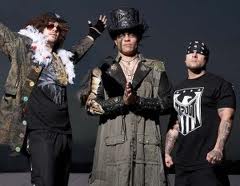 Entrepreneurial legends in the sport of MMA

As the sport of MMA has grown over the last 20 years so has one of the sports largest and most successful brands TapouT, A fan of the sport or not you are probably familiar with the name. What many would say is an over night success story in reality was many years of hard work spent selling T-shirts out of the trunk of their car and following a dream motivated by nothing more then a passion for a sport that was not even legal in the state they lived.

TapouT was founded in 1997 in San Bernardino, California USA by PunkASS (Dan Caldwell), the late Mask (Charles Lewis Jr) and later joined by SKRAPE (Tim Katz). In 1998 the company brought in about $30,000 and in ten years they managed to make the $100 million dollar mark. Tapout is the perfect example of a success story but what did they do that was different then other companies out there? Personally I think it has a lot to do with their personalities, ability to network and their dedication to BELIEVE!! The laws of attraction and power of positivity can go a long way and these guys are living prove of what one is truly capable of achieving. After the years of work and success they still seem like the cool and humble dudes I am only guessing they were when they started from nothing.

“If you love what you’re doing and it doesn’t feel like work you just keep doing it because you love it and you would do it whether you got paid for it or not.” – PunkASS

Be inspired like we are here at MMAxposed and check out SKRAPE & PunkASS in our video interview below with Matt Marcone:

Montreal, Quebec. “They’re not welcome here,” Patrick ‘The Predator’ Cote joked with us earlier.  Cote is coaching the next season of TUF Nations: Canada Vs. Australia which will be filmed in Canada later this year.
Cote showed his excitement about being chosen as a coach on the reality show.  While he understands that it’s a big opportunity for him to get noticed and create exposure, he views the coaching slot as a way to help future talent and represent Canada.
Cote spoke to us earlier today and also discussed the fans, his drop to the Welterweight Division and his other job as the UFC’s French speaking Play by Play man.
“I’m going there to help all those guys and I really want to win all the fights over there,” Cote said, his body language intense and sincere.  “We’re going to do everything that’s possible to win everything.”
Even mentioning the name of his rival coach – Kyle Noke who will be coaching the Australian team – didn’t detract from his focus of being a mentor and coach to the Canadian fighters on his team.  While he respects Noke’s skills and abilities, he made it clear what his intentions were in regards to TUF Nations.
“For me right now, I’m just focusing about TUF and going on this show  and sweeping this the season,” Cote said clearly getting his intentions across.  “And after that I’ll take care of Kyle Noke.”
Cote and Noke will shoot TUF Nations: Canada vs Australia later this.  The show will feature two teams of welterweights and is expected to debut in early 2014.

“Grappling is not just an ego fulfilling prophecy; it can be a life enhancing experience” 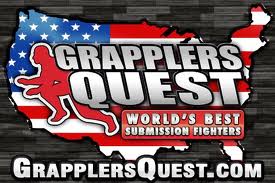 If you ever have the opportunity to speak to Brian Cimins, President and CEO of Grappler’s Quest at one of his events, do it. Brian is one of the most approachable, engaging, humble, exciting, and inspirational people you will ever find.

We had an opportunity to speak to Brian at the recent Grappler’s Quest 2013 US National Championships on July 20, 2013 in Morristown, NJ about how Grappler’s Quest started, his own personal journey in martial arts, and where he sees the sport and his brand going in the future.

Grappler’s Quest is a labour of love for Brian. He talks passionately about how every sport needs amazing, independent organizations that are free from the control of a governing body, and he believes that Grappler’s Quest fills that spot in the grappling world. To Brian, Grappler’s Quest belongs to the people that support it – the competitors. It is the human support that drives Brian. As he says, “Grappler’s Quest is yours”

END_OF_DOCUMENT_TOKEN_TO_BE_REPLACED

UFC Director of Canadian Operations Tom Wright talks with MMAxposed about the upcoming card here in Toronto at the Air Canada Centre on September 21 2013.

UFC Canada hosted the UFC 165 press conference with Jon Jones and Alexander Gustafsson at Real Sports in Toronto Ontario this past Tuesday.

Watch the media scrum with the current Light heavyweight Champion Jon Jones below:

Gustafsson will be bringing fireworks to Toronto at UFC 165